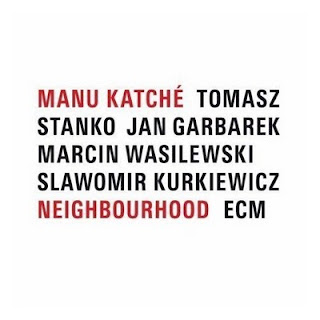 In the mid '80s Manu Katché’s amazing drumming style got indeed noticed by artist such as Peter Gabriel and Sting, with whom he toured and recorded extensively. These inspiring collaborations propelled Katché to an impressive and prolific career as a studio drummer. His list of credits is both impressive and diverse as Katché always provides superb unique grooves to any recording. After having played with his share of popular musicians he blossomed into the contemporary jazz scene as a backing force on many recordings for the ECM record label and finally he joined the label and released “Neighbourhood” in 2005 with the help from some of the same ECM stars he recorded with. The reflective, ardently lyrical mood of Katché's compositions is both naive and thoughtful and his percussive backing fierce yet subtle, carefully keeping a gentle pulse that paves the way for the space and dynamic reach of the group as a whole, beautifully recorded by the master of the ECM sound Jan Erik Kongshaug. Musicians: Manu Katché on drums, Jan Garbarek on saxophones, Tomasz Stanko on trumpet, Marcin Wasilewski on piano, Slawomir Kurkiewicz on bass.

at Amazon or
Posted by Harmonium at 8:53 PM No comments: 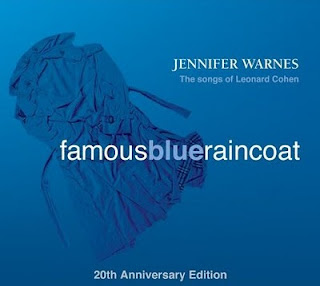 \
Best known for such pop hits as the Oscar- and Grammy winning duets "(I've Had) The Time of My Life," with Bill Medley, from the film Dirty Dancing, and "Up Where We Belong," with Joe Cocker, from the film An Officer and a Gentleman, Jennifer Warnes has earned her greatest acclaim for this landmark collaboration “Famous Blue Raincoat” with songwriter/poet Leonard Cohen in what remains the ultimate tribute to Cohen's music. Warnes' voice is the perfect vehicle for Cohen's poetic lyrics of romantic longing and resigned despair. Her sweet timbre and sensuality complement to perfection the sharp edged, painfully romantic, tragic, fatalistic themes that have marked Cohen's finest and most characteristic compositions, many of which are featured on this collaboration. Cohen himself states: "Her voice is like the California weather--filled with sunlight, but there's an earthquake behind it". The re-mastered album offers four tracks not on the original release. Musicians: Jennifer Warnes on vocals, Roscoe Beck on bass, guitar and keyboards, Jorge Calderón, Richard Feves, Warren McRae and Dave Stone on bass, Jack Bruno, Vinnie Colaiuta on drums, Mitch Watkins, Gary Chang, Russell Ferrante, Bill Ginn, Oliver Marland, Smitty Smithm Bill Payne and Van Dyke Parks on keyboards, Robben Ford, Michael Landau, Doyle Bramhall, Greg Leisz, David Lindley, John Miles, Dean Parks, Fred Tackett and Stevie Ray Vaughan on guitars, Larry Brown, Deric Dyer, Steve Forman and Lenny Castro on percussion, Dave Boruff and Paul Ostermayer on saxophone, plus strings and background vocals.

at Amazon or
Posted by Harmonium at 8:39 PM 2 comments: 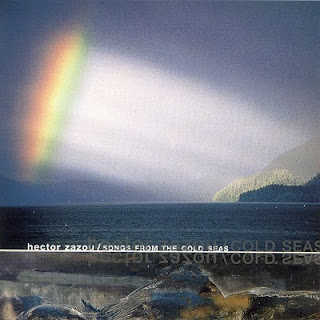 at Amazon
Posted by Harmonium at 8:41 PM No comments: 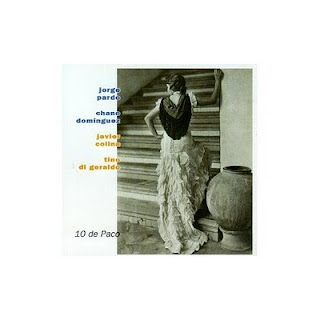 "10 de Paco", released in 1995, is a tribute to legend flamenco guitarist and composer Paco De Lucia, featuring ten of his greatest compositions performed "sans" guitar by flamenco jazz musicians Jorge Pardo and Chano Dominguez who are part of a group of emerging musicians from the 80's referred to as "Los Jovenes Flamencos" (The Young Flamencos). Pardo and Dominguez are dominant figures in this fusion of flamenco and jazz resulting in an unprecedented and explosive combination of enchanting melodies, rhythms and improvisation. These two musicians have managed to amazingly transport the rooted music of Spain, which is mostly centered on the acoustic guitar, to their respective instruments flute, saxophone and piano and “10 de Paco” serves as the perfect conduit for this genre. Musicians: Jorge Pardo on flute and saxophone, Chano Domínguez on piano, Tino Di Geraldo on percussion, Javier Colina on bass, Luis Dulzaides on percussion and drums, El Conde on handclapps and Chonchi Heredia on vocals and handclapping.

at Amazon or
Posted by Harmonium at 8:30 PM 2 comments: 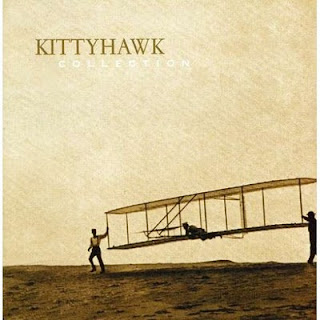 Some fans of the group Kittyhawk have complained that the MP3's being sold don't sound as good as they should. One alternative would be to acquire this amazing collection, which sounds pretty good. Then you could complement with the missing tracks by downloading them. This collection also serves as a huge sample of this band's amazing creative work and unique sound. It comprises songs from the bands first three albums. There are bo songs from the 4th album entitled "Not a Moment Too Soon". Musicians: Paul Edwards: Chapman stick & vocals, Daniel Bortz: cello, fretless and fretted Guitar, Chapman stick, Richard Elliot: saxophones and lyricon and Mike Jochum: drums & percussion. Additional Musicians: Randy Strom: Chapman stick and Piano, Dan Desousa: keyboards, Steve Reed: percussion and Brandon Fields: saxophones.

at Amazon or CD Baby or
Posted by Harmonium at 8:07 PM No comments:

Kittyhawk - Not a Moment Too Soon 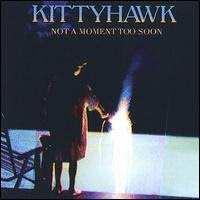 Kittyhawk last release marked the end of an era for a group that had characterized itself with a unique blend of instruments and a sound prevailing with singularity. “Not A Moment Too Soon” shifted the group's sound into an emphasis on synthesizers and drum machines to the point that it makes you wonder if this is the same band thus culminating the cycle for this wonderful band. Musicians: Paul Edwards: Chapman stick & vocals, Daniel Bortz: cello, fretless and fretted Guitar, Chapman stick, Richard Elliot: saxophones and lyricon and Mike Jochum: drums & percussion. Additional Musicians: Randy Strom: Chapman stick and Piano, Dan Desousa: keyboards, Steve Reed: percussion and Brandon Fields: saxophones. 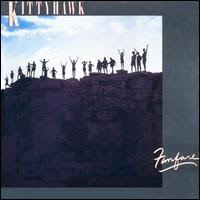 Fans of saxophonist Richard Elliot will be surprised that the artist famous for his Smooth Jazz sound once belonged to Kittyhawk, a group known for the unique blend of jazz and rock through a peculiar instrumentation, which consisted of the wide spread use of the Chapman stick (string instrument developed by Emmett Chapman), multi-layered guitars, soaring saxophone and Lyricon (electric wind instrument), harmonized or doubled by wordless vocals backed by powerful drums and bass groves. On “Fanfare” released in 1985 the sound of the band had softened up a bit perhaps due to the wide success of the sane Smooth Jazz Elliot moved to later on. Nonetheless this album still remains a landmark in the band’s short-lived span. Musicians: Paul Edwards: Chapman stick & vocals, Daniel Bortz: cello, fretless and fretted guitar, Chapman stick, Richard Elliot: saxophones and Lyricon and Mike Jochum: drums & percussion and Dan de Sousa: keyboards. The track "Fanfare for a Common Man", which is a version of Aaron Copland's classical work is not available for sale on the download version of the album but it is available on the Kittyhawk Collection

at Amazon, CD Baby or
Posted by Harmonium at 9:00 AM No comments:

Kittyhawk - Race For The Oasis 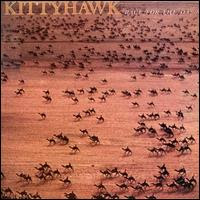 Kittyhawk came about in the 80’s when Fusion, the genre, was either going out of style or it had evolved for the most part, into uneventful music. Although a lot of releases from that era sound dated, Kittyhawk’s Fusion style remains as vital as it did when their albums were released proving that their style and music complexity were a reflection of their talents and their uniqueness. “Race for the Oasis”, which came out in 1981 continues the unique blend of powerful drumming and soaring saxophone and vocals beautifully enhanced by fretless guitars and the singular use of the Chapman Stick Touchboard, a string instrument developed by Emmett Chapman which later was made even more famous by bassist Tony Levin (of King Crimson and Peter Gabriel fame). Musicians: Paul Edwards: Chapman stick & vocals, Daniel Bortz: cello, fretless and fretted Guitar, Chapman stick, Richard Elliot: saxophones and lyricon and Mike Jochum: drums & percussion. Additional Musicians: Randy Strom: Chapman stick and Piano, Dan Desousa: keyboards, Steve Reed: percussion and Brandon Fields: saxophones.

at Amazon, CD Baby or
Posted by Harmonium at 8:28 AM 3 comments: 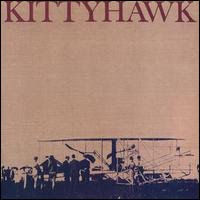 at Amazon, CD Baby or
Posted by Harmonium at 8:19 PM No comments:

Disc Four: “Little Brother” (The Acoustic Record) is the forth set of Vince Gill’s 4-CD outing “These Days”. It’s an all-acoustic and bluegrass-flavored group of ten songs full of banjos, dobros, mandolins, white southern gospel, and mountain music paired with simply recorded country ballads, all of which portrays a side of Vince Gill we rarely hear. On this disc Gill’s talent remains at his peak as his deep respect and reverence for his musical traditions along with his ability to write, play, and sing like an old master create the perfect close-out statement for this ambitious 4-CD set. But in spite of the departure from his usual country format, Gill’s songwriting and production approach make this “Acoustic Record” yet another landmark release dictated by his artistic signature amicable to all music lovers. Vince Gill on vocals and acoustic guitar solos│guests: The Del McCoury Band and Guy Clark│drums: Chad Cromwell and Billy Thomas│bass: Michael Rhodes, Michael Bub and James Allan Bartram│acoustic guitars: Jeff White, Del McCoury and Vince Gill│electric guitars: Tom Britt│mandolin: Ronnie McCoury and Vince Gill│harmonica: Jim Hoke│banjo: Robbie McCourey and Charlie Cushman│piano: John Hubbs│fiddles: Michael Cleveland and Jason Carter│dobro: Jerry Douglas│background vocals: Jeff White, Del McCoury, Sonya Isaacs, Gene Miller, Vince Gill, Kim Keyes and Will Owsley. Produced by Vince Gill, John Hobbs and sound engineering Justin Niebank.

Track Listing:
1. All Prayed Up
2. Cold Gray Light of Gone
3. A River Like You (sampled above)
4. Ace Up Your Pretty Sleeve
5. Molly Brown
6. Girl
7. Give Me the Highway
8. Sweet Augusta Darlin'
9. Little Brother
10. Almost Home
Buy These Days

at Amazon or
Posted by Harmonium at 11:45 AM No comments:

Track Listing:
1. This New Heartache
2. The Only Love
3. Out of My Mind
4. The Sight of Me Without You
5. I Can't Let Go
6. Don't Pretend with Me
7. Some Things Never Get Old (sampled above)
8. Sweet Little Corrina
9. If I Can Make Mississippi
10. Take This Country Back
Buy These Days

at Amazon or
Posted by Harmonium at 7:17 AM No comments: