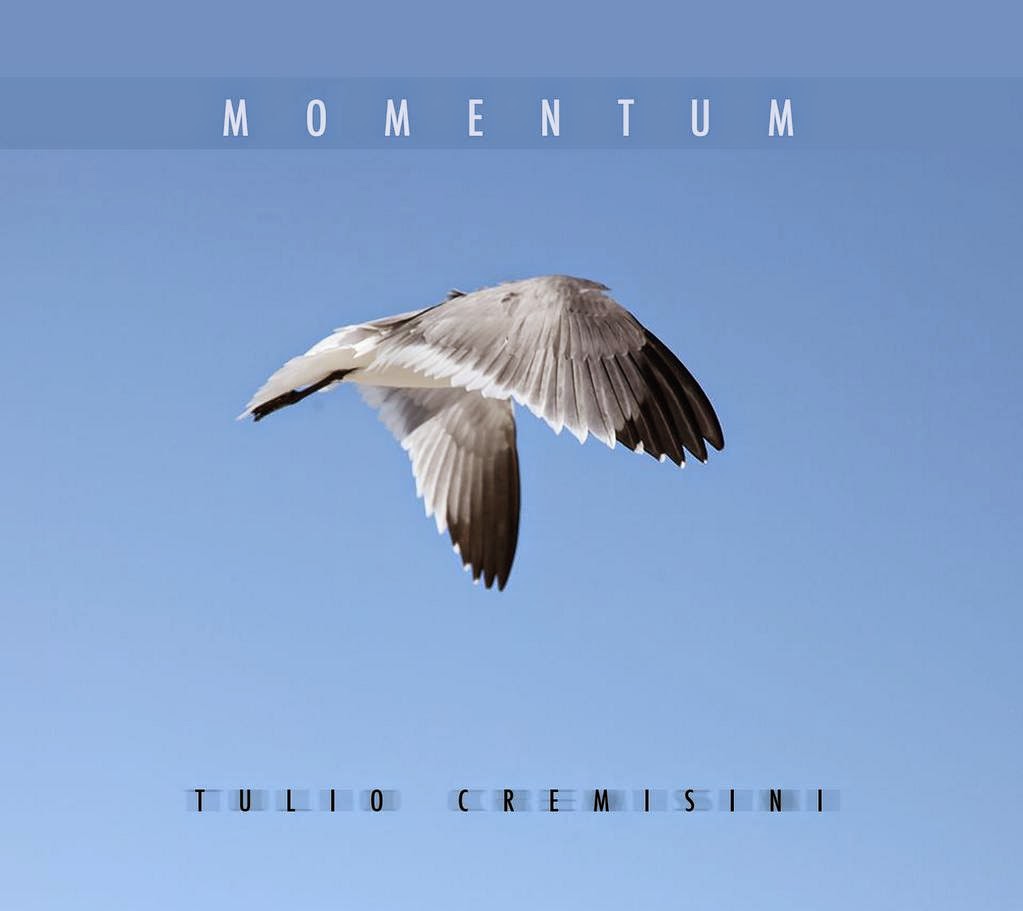 Every once in a while an album touches you in unexpected ways and “Momentum” by Tulio Cremisini is one of those albums. Cremisini studied the acoustic guitar at an early age but had to give it up in exchange for percussion as a result of an accident, which severed several of his tendons on his fingers. But after many years of diverting his musical skills in other directions, Cremisini bought a guitar and started fooling around trying to reconnect with the young boy who, decades ago, began learning how to play the instrument. After many hours of practice, several ideas began to flow as musical pieces and Cremisini found himself working overtime to keep the “Momentum” going and let the flow of ideas manifest itself into musical works, which he then recorded at his home studio. The result is a heartwarming, fresh and beautiful set of acoustic guitar pieces comparable to the works of Pierre Bensusan, Michael Hedges, Anthony Phillips and many other acoustic guitarists. Tulio Cremisini is a multitalented, classically trained musician, composer, songwriter and producer with over 35 years of experience working on original music for films, TV (shows for NBC/Universal/Telemundo), advertising, records and musical theater. He has been the Principal Timpanist with Miami Symphony Orchestra since 2008 and he has won several ASCAP and TV awards as well a 2010 Latin Grammy. He has worked as producer/songwriter or arranger for numerous top Latin and international artists. Tulio’s multicultural and eclectic educational background has given him such a special versatility to seamlessly embrace any musical style with class and effectiveness. And as a sample of such versatility please check out his work on a grand scale symphonic project: “Symphony of the Soul” (Ilan Chester). Chester expressed perfectly the achievement of Tulio Cremisini’s latest work: "…In his latest work, "Momentum", Tulio reveals his introspective and sensitive nature through the careful selection of melodies; and playing as if caressing his guitar, he manages to take the listener to a serene and beautiful place, a place where the feeling of longing and the goodness of heart are the all-pervading elements. ”Momentum" is a musical privilege to have and to cherish…"


Buy it at Amazon or
Posted by Harmonium at 4:07 AM No comments: