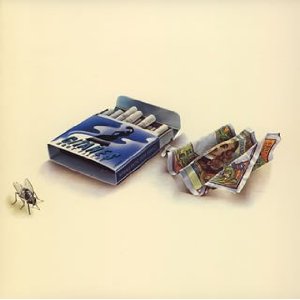 In the 1970's, famed Japanese percussionist/composer Stomu Yamashta recorded a series of legendary (and long out-of-print) albums with his Go Ensemble utilizing the talents of a stellar and eclectic mixed cast of European and American musicians. Yamashta fusioned his percussion talents with jazz, electronic and cinematic classical music to create an ambient form of music all of his own while still leaving enough room for the contributing musicians to integrate their best talents and sound unique as ever. After the release of the album “Go” in April 1976, Yamashta assembled a band featuring collaborators Steve Winwood, Michael Shrieve (Santana), Klaus Schulze (Tangerine Dream) and Al DiMeola (fresh out of Return To Forever and his first solo endeavours) to deliver a series of stunning concerts. The Parisian concert was captured and released as “Go! Live From Paris” in 1977. Musicians are: Stomu Yamashta on percussion and keyboards, Al DiMeola on guitars, Michael Shrieve on drums, Steve Winwood on keyboards and vocals, Klaus Schulze on synthesizer, Jerome Rimson on bass, Pat Thrall on guitar, Brother James on congas and percussion and Karen Friedman on vocals. Finally this progressive rock icon is available again. Read more at AMG.

Posted by Harmonium at 3:02 PM No comments: