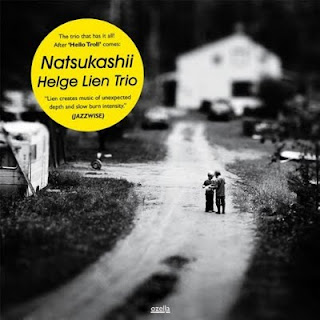 The Japanese term “Natsukashii” describes how intense memories can suddenly be triggered by something trivial. Norwegian pianist Helge Lien has dedicated his Helge Lien - Natsukashii to these moments, when reality is replaced by reverie and a simple chord can reveal innermost secrets. Lien embraces the acoustic jazz piano trio format made famous and successful over the years by a wide variety of acoustic jazz pianists ranging from Erroll Garner and Oscar Peterson to Bill Evans and Keith Jarrett; and it also works well for Lien, who favors a clean-sounding post-bop pianism mixed with a crystalline melody approach. There are no standards at all on this recording thus Lien’s thoughtful original compositions offer an attractive blend of intellect and melodic lyricism while giving Lien's improvisations a more personal quality. This album is outstanding, relaxing, lyrical, dreamy and stimulating as well as rhythmically charged. This is a solid outing that showcases Lien's talents as a pianist and as a composer and at the same time it portrays the trio experience as a symbiosis of togetherness. Helge Lien - Natsukashii offers the same receptivity and appeal to a wide variety of music lovers enjoyed by the league of leading contemporary trios and Lien’s older peers. It truly offers exciting new soundscapes. The Trio: Helge Lien on piano, Frode Berg on upright bass and Knut Aalefjær on drums. This production was beautifully recorded, mixed and mastered by Jan Erik Kongshaug of ECM fame. Thanks to Alex Henderson and Gudrun Endress for their contribution to this write up.


Buy it from Ozella Records

Posted by Harmonium at 2:24 AM No comments: 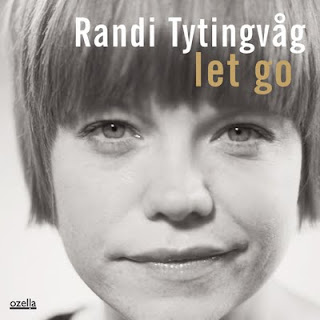 Norwegian singer Randi Tytingvåg is simply a very special artist, with her own musical vision. She sneaks through her songs with irresistible charm and charisma, phrasing with extreme agility. Her intonation is remarkably confident and her voice commands the greatest of precision. She displays poise and confidence in an atmosphere of total suspense. Although far removed from Scandinavian seriousness, there is still a touch of melancholy that threads a canvas of Nordic delight, through the beautiful and poetic songs, which exude the charm of youth, the road to awareness, life’s illusions, the promises and disappointments of love and the memory of wonderful mild melodies of times gone by. Her songs flow between musical genres such as chamber-jazz, Nordic folk, Klezmer, Classical, Pop, Tango or Cabaret perfectly implemented through tasteful arrangements sustaining an atmosphere of warmth and melancholic intimacy paired with an untamed and constantly present “Joi de vivre” (zest for life). But in spite of her prominent solo artist portrayal, this is a group effort created by the multifaceted framework of the amazing musicians who contribute their talents to create such unique beautiful production. The mélange of elements makes this music sound as a tight ensemble of perfection. This is paired with the beautiful utilization of acoustic instruments enhanced by a beautiful and sophisticated recording. Treat yourself to a real time-out listening to this production; the music is just too beautiful to let it play in the background. Musicians: Randi Tytingvåg on vocals, Anders Aarum on piano, Espen Leite on accordion, Jens Fossum on bass, Ola Kvernberg on violin, Morten Michelsen on clarinet and Julie Dahle Aagård on background vocals. Originally released in 2006 it has been newly re-mastered and released worldwide by the German record label Ozella Music. Thanks to Tadjana Zilg, Christoph Giese, Norbert Neugebauer, Rocktimes März 2010, Heidi Eichenberg and MDR-Figaro for their contribution to this posting.


Buy it at Ozella Music or Amazon Let Go

Posted by Harmonium at 5:23 AM No comments: 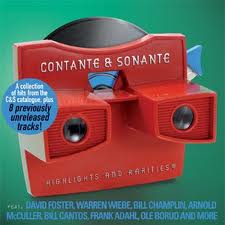 “Highlights and Rarities” is Contante & Sonante's long-awaited comeback release after the critically acclaimed triumph of 2009's “Fly Away: The Songs of David Foster”, which definitely marked a turning point for the indie label. “Highlights and Rarities” is a special compilation of songs from the label, comprised of the previously mentioned David Foster tribute, Steve Dorff's magical release of “Original Demos” and two releases by Swiss music-maker Urs Wiesendanger, “Somebody New” and “A Christmas Eve in LA”. But this isn't your typical compilation album. The real treat comes with the eight unreleased songs such as the enchanting ballad "My Angel's Voice” by Steve Dorff, beautifully performed by the late Warren Wiebe; the previously unreleased gems by Urs Wiesendanger, "Luckiest Man", a smooth, sultry R&B number featuring great vocals courtesy of the talented Skyler Jett and "When I Think of You" featuring great Swiss singer Rey Thomas. Additionally you’ll find three previously unreleased numbers from the same Fly Away sessions, which remained uncompleted at the time and have been produced and re-arranged by the very talented Tomi Malm for this special compilation. Among these new songs, the haunting cover of "Forever" (a ballad originally sung by Kenny Loggins, who co-wrote it with David Foster for Loggins’ Vox Humana album, featuring a fantastic new name from Korea, SunHo Lim; a stunning rendition of The Tubes' rocking classic "She's a Beauty" with amazing vocals by Bjarne Langhoff and last but not least is a new outstanding bossa nova flavoured version of the David Foster and Boz Scaggs’ hit "Look What You've Done To Me" with wonderful vocals by singer Cecily Gardner. What is amazing about this release is that just as “Fly Away: The Songs of David Foster”, the real beauty of this album rests in the fact that these are great beautiful songs brought to life by a cast of superior musicians and singers and the appeal of these covers and originals is undeniably attractive and you cannot help but to feel the labor of love minced into this release, which compels you to continue listening to this wonderful production again and again.

Buy it at Contante & Sonante or at CD Baby
Posted by Harmonium at 3:42 AM 1 comment: